Around Us
Nearby Attraction Place A well-know bargain hunter’s paradise, a place where you can find all sorts of stuff from Chinese Herbs to imitation goods. 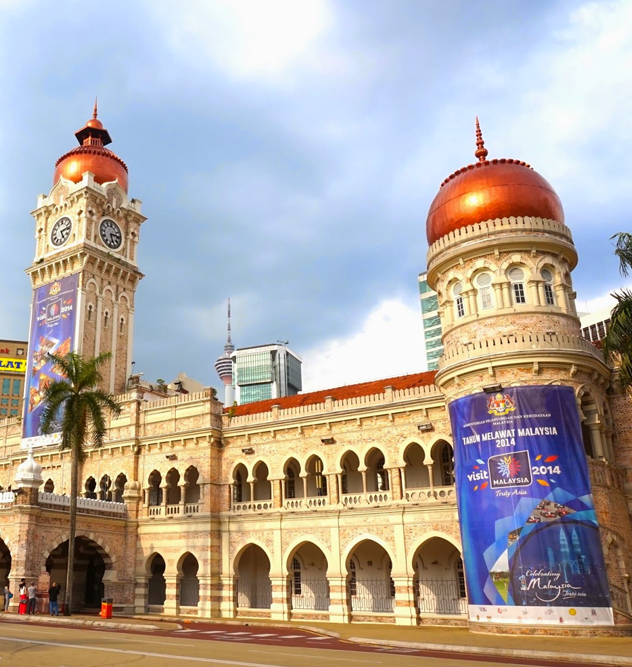 Perdana Botanical Gardens, formerly Perdana Lake Gardens, Lake Gardens and Public Gardens, is Kuala Lumpur's first large-scale recreational park. Measuring 91.6 hectares, it is located in the heart of the city and established in 1888. The park served as place of refuge from the hustle and bustle of the city during colonial times. It contains large sculpted and manicured gardens and a host of attractions. 
Berjaya Times Square – one of the biggest shopping centres within Bukit Bintang – is one of the city centre’s most easily located structures. Located along Jalan Imbi, the 48-storey twin-tower complex first opened its doors in 2003 and each 203m tower offers a host of retail stores, dining venues and entertainment outlets. The Petronas Towers, also known as the Petronas Twin Towers, are twin skyscrapers. According to the Council on Tall Buildings and Urban Habitat's official definition and ranking, they were the tallest buildings in the world from 1998 to 2004 and remain the tallest twin towers in the world. The Kuala Lumpur Tower is a communications tower located in Kuala Lumpur, Malaysia. Its construction was completed on 1 March 1995. It features an antenna that increases its height to 421 metres (1,381 feet) and is the 7th tallest freestanding tower in the world. The roof of the pod is at 335 metres (1,099 feet). The rest of the tower below has a stairwell and an elevator to reach the upper area, which also contains a revolving restaurant, providing diners with a panoramic view of the city.
07 Jalan Alor is one of the most famous roads in Kuala Lumpur for food. Located just behind Jalan Bukit Bintang and a short walk away from Changkat Bukit Bintang, it is a favourite after-clubbing dining spot in the Golden Triangle area.

Though the seafood at the air-conditioned restaurants is really good and inexpensive, we highly recommend the hawker food, the variety of food available is amazing and in Jalan Alor the barbecued meats, noodles and desserts are some of the best (and cheapest) in the city. Pavilion Kuala Lumpur is KL’s haute couture shopping Mecca. It takes a lot to stand out in the city’s mallscape but this shopping centre, which occupies prime real estate along Jalan Bukit Bintang, does just that. Opened in 2007 it has three major sections – a retail mall, an office block and two residential towers. Restaurant Koon Kee is one of the best places in the city to sample wan tan mee. A Cantonese dish popular in Hong Kong, Malaysia, and Singapore, it comprises noodles sauteed in sweetened black sauce and is traditionally served with toppings such as char siew (barbecued pork slice) or chicken slices. China town is undoubtedly a haven for beef noodles lovers, as three well-known beef boodles eateries can be found here. The beef noodles stall is nestled in Lai Foong kopitiam at Jalan Tun H. S. Lee. You can choose to add in a rich variety of beef innards, including tripe, stomach, tendon, leaftripe, intestine and even penis! Tucked away in the cultural bazaar Central Market is Precious Old China, sister restaurant to the renowned Old China Cafe. Sporting a slightly grander interior than Chinatown outlet, the restaurant maintains the same hospitality and menu, but keeps it pork-free to entice more visitors, especially the Muslim crowd (Malaysia is an Islamic country). The best place of Hokian Mee In KL. Set at the junction in the Centre of Petaling Street. It is A corner lot restoran that is over 100 years old. Situated in the famous Chinatown hawker centre, this asam laksa stall has been causing a stir by serving an amazing bowl of laksa that will whet anyone’s appetite. The broth is piquant and infused with the various ingredients like chopped chilies, onions, and refreshing cucumbers. No sweat or tears can stop you from slurping this steaming hot bowl of asam laksa. Is recognized as the oldest Islamic place of worship in Kuala Lumpur. It offers Breathtaking photo ​Opportunity for traveler. Thean Hou Temple is one of the oldest and largest temples in Southeast Asia. Southwest of the city, it is a popular tourist attraction and is located along Jalan Klang Lama. Overlooking the Federal highway, the six-tiered Buddhist temple is also known as the Temple of the Goddess of Heaven. St John's Cathedral stands in the heart of the city's financial downtown district. Deeply rooted in the traditions of Anglicanism and yet at the same time exercising ministries which reach out into the wider life of the community, the Cathedral is a much used and much loved building. The National Mosque of Malaysia is located at Kuala Lumpur. The mosque has a large capacity of 15,000 people and is surrounded by lush greenery which expands to a 13-acre land. The original structure of the mosque was the product of a team of three people from the Public Works Department. The mosque was actually built on the site of a church in 1965. The mosque has been standing firm on its grounds since then and is now deemed as an important symbol of the Islamic country of Malaysia. The As Syakirin Mosque also known as KLCC Mosque, is a mosque located in the Kuala Lumpur City Centre, Kuala Lumpur, Malaysia. The mosque is situated near the Suria KLCC shopping centre and the Petronas Twin Towers, the tallest twin towers in the world.
07

The Elephant God, revered by the Hindus. A visit to this temple, located in the middle of the city, is a must. Just for the sheer drama, go when there are offerings and prayers! Once of the most impressive Chinese temples in Kuala Lumpur is the Guan Di Temple (also known as Kuan Ti Temple); a beautiful Taoist temple. Tourists that visit Chinatown can easily walk to Jalan Tun H. S. Lee, a small street parallel to the busy Petaling Street. Upon entering you will experience many locals praying and worshipping Guan Di. Chan See Shu Yuen Temple is one of the largest and oldest surviving Buddhist temples in Malaysia. Located at the southern end of Jalan Petaling, it is characterized by a typical open courtyard and symmetrical pavilions, and decorated with colourful paintings, woodcarvings and ceramic fixtures. Batu Caves is a limestone hill that has a series of caves and cave temples in Gombak, Selangor, Malaysia. It takes its name from the Sungai Batu (Stone River), which flows past the hill. It is the tenth (Pathu in Tamil) limestone hill from Ampang. Batu Caves is also the name of a nearby village.
Switch To Desktop Version